New Hampshire’s only native rabbit, The New England cottontail (Sylvilagus transitionalis), has lived in its native region for thousands of years. As recently as the 1960s, these rabbits were found throughout southern and central New Hampshire. Today, only a few remnant populations, occupying less than 25% of their historic range, remain in the state. These populations occur in the Seacoast and Merrimack Valley regions. The current New England cottontail population for New Hampshire is estimated at less than 100 individual rabbits, and they are currently listed as state-endangered.

In New Hampshire, shrublands were abundant during the decades following the large-scale abandonment of farmlands (1900s -1960s). These habitats have naturally aged and reverted back to mature forests that are no longer suitable as rabbit habitat. As New Hampshire’s human population grows, many of our remaining shrubland habitats have either been lost or fragmented by development into parcels too small to support New England cottontails. With increased development comes an increase in the predators that are well adapted to human settlement. Coyotes and foxes are the primary predators of the New England cottontail, and their populations have increased significantly since the 1960s at the expense of New England cottontails. 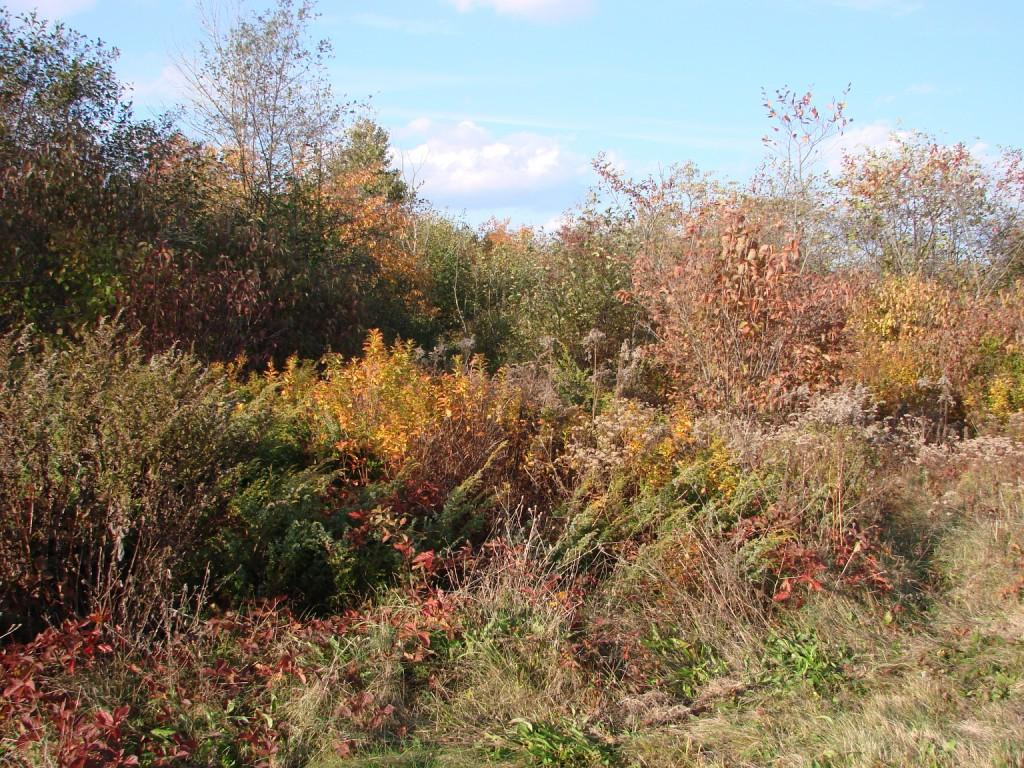 Conservation partners in New Hampshire are working to create, restore, and expand habitat in the Merrimack Valley and Seacoast areas, on both public and private land, to make sure the New England cottontail thrives. Since 2008, conservationists have carried out habitat management activities on more than 1,000 acres, with more than 45 partners from government agencies, local municipalities, and the private sector cooperating on projects. Many private landowners have worked to create early-successional habitat on their property, which also benefits other shrubland wildlife species such as grouse, woodcock, common yellowthroat, and eastern box turtle, among others.

Biologists have worked to release rabbits from the captive-breeding program at Roger Williams Park Zoo in Rhode Island into prime habitat here in New Hampshire since 2013. These efforts help to supplement the remaining population of New England cottontails in the state, and captive-reared individuals have been documented as successfully breeding in the wild. The New Hampshire Fish and Game Department, working in partnership with the U.S. Fish and Wildlife Service, constructed a pen at Great Bay National

Wildlife Refuge to serve as a “hardening” area for rabbits coming out of the captive-breeding effort at Roger Williams Park Zoo in Rhode Island. During their stay at the pen, which protects against predators, the rabbits get used to an outdoor environment, learning to forage for food and hide in natural cover. These facilities are currently being enlarged to help the regional captive breeding program expand, further ensuring that New England cottontails will be able to successfully colonize new habitat being created for the species, both in New Hampshire and elsewhere in the rabbit’s six-state range.